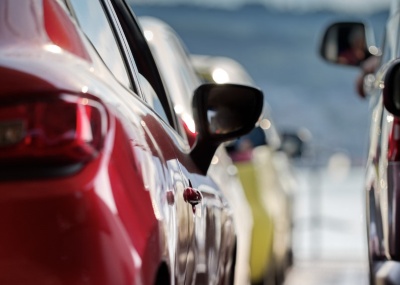 What are the environmental impacts of passenger cars with different powertrains today and in the future? In a study, the Paul Scherrer Institute (PSI) conducted new analyses to answer this question. They are based on lifecycle assessment (LCA), which includes the production, operation and disposal of the car itself as well as the supply of the different energy carriers: gasoline, diesel, gas, electricity and hydrogen (H2). A new fact sheet published by EnergieSchweiz summarizes the most important findings. Christian Bauer, one of the main authors of the fact sheet and specialist for LCA at PSI, offers his perspective.

Recently you finalized a study and its results are summarized in the updated fact sheet. What are the most important findings?

The main motivation was to incorporate advancements in battery technology of electric cars. On one hand, this relates to battery production, which has become more efficient due to higher production volumes and thus less harmful to the environment. On the other hand, the lifetime of batteries has increased, so that we can now assume that a battery does not have to be replaced until the car is scrapped. Furthermore, we now consider different scenarios for electricity supply in 2040. This influences the results for electric powertrains and including different scenarios makes sense, because we cannot predict the development within the next 20 years very accurately.

How do the new data sources influence the results?

It is correct that with the average Swiss electricity mix, greenhouse gas emissions are lower during operation. Even if there is a small amount of imported electricity from coal-fired power plants, CO2 emissions are comparatively low. Higher emissions during production are roughly compensated after 30’000 km. An average Swiss vehicle covers this distance in 2 to 2.5 years. However, this mileage is strongly dependent on the actual fuel or electricity demand due to the driving style.

In Switzerland, many newly registered electric vehicles are luxury class. Do these results also apply to such vehicles with a relatively high battery capacity?

In principle yes. However, smaller cars generally have a better environmental performance than larger ones, because they use less fuel. For electric vehicles, emissions related to battery production add to this – the larger the battery, the higher the environmental impact. We did the corresponding calculations for different battery sizes. This does not mean that electric vehicles with larger batteries have a worse environmental performance than their gasoline or diesel counterparts. However, from an environmental perspective it is important to consider, if a battery that is as large as possible is necessary. After all, the average Swiss vehicle only covers a range of 33-35 km per day.

Does your study consider the disposal of the vehicles and the recycling of their batteries? How can environmental performance be further improved?

The disposal of the vehicle including its battery is included in the LCA, but it only contributes a small fraction to the environmental burden. We have not yet considered a specific battery-recycling scheme. The processes for this are still under development and these will further improve the environmental performance of electric cars. Primarily batteries from no-longer functioning electric cars should be used for stationary energy storage and other second-life applications. This should be possible. If the original capacity has decreased to 60%, it still has a great potential for energy storage in e.g. buildings. In contrast, for a car the corresponding range would not be acceptable.

Christian Bauer is an active member of Capacity Area B2, where he leads research efforts related to lifecycle assessment of new mobility technologies.

Read more in the fact sheet (in German).