Law fulfilled, but still a long way from the target 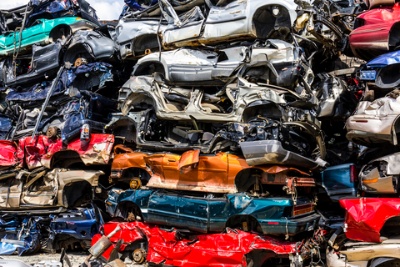 The EU plans to lower emission limits and require car manufacturers to decrease emissions from new vehicles by 37.5% between 2021 and 2030. Switzerland is likely to adopt this regulation as well. Although such ambitious reductions are necessary to reach climate goals, this target is not realistic for conventional cars with fossil fuel operated internal combustion engines, not even if they are fully hybridized. Furthermore, it creates an unequal playing field for different technologies, as this regulation only considers operational emissions thus favoring battery electric vehicles (BEVs). However, charging a BEV with electricity based on fossil primary energy sources does not really lower CO2 output. Considering lifecycle emissions (fuel supply, vehicle and battery production, etc.) without increasing renewable electricity generation correspondingly, BEVs do not offer a benefit from a climate perspective. It is evident that the powertrain of the vehicle is much less important than the energy inverted to propel it. Therefore, it is essential that renewable energy becomes the basis for producing all energy carriers used in transport as soon as possible, e.g. electricity, hydrogen and synthetic hydrocarbons.

If the EU and Switzerland do not consider the carbon footprint of electricity and alternative fuels, these very high emission reduction targets will fail to address the overall climate challenge. A similar situation happened with the diesel scandal. The central aim of the Euro 5/6 emission standards was to lower NOx emissions (nitric oxide and nitrogen dioxide) from diesel vehicles. NOx gasses contribute to the formation of smog, acid rain and tropospheric ozone causing adverse environmental and health effects. Although with good intent, this goal was missed by far, as it did not require measuring emissions in real driving conditions nor revealing exhaust gas aftertreatment control processes, resulting in the so-called “dieselgate” in 2015.

In order to avoid similar problems as encountered for NOx emissions when regulating CO2, Christian Bach (Empa) thinks that lifecycle emissions must be considered instead of just those coming from the tailpipes of vehicles. In this manner, the primary energy, either renewable or fossil, needed for vehicle and electricity/fuel production would be included, thus creating a more technology-neutral and competitive landscape. Secondly, a system allowing car manufacturers to certify their vehicles as low-carbon would need to be established. This could be achieved by requiring them to supply an equal amount of renewable energy as needed for each new vehicle over its entire lifetime (e.g. 10,000 l fuel for an average passenger car). This would promote manufacturers to deal with and invest in renewable electricity production for electric vehicles and its conversion to other fuels (hydrogen and synthetic hydrocarbons) as well as decreasing dependency on foreign fuel imports.

This text is based on an interview with Christian Bach that appeared in NZZ am Sonntag on 13 January 2019. Refer to the interview (in German) to find out more.