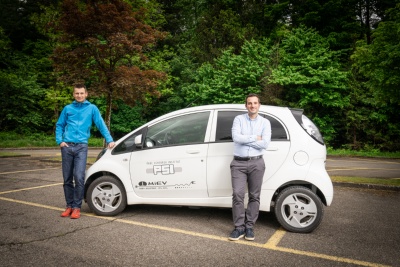 Decision support for car buyers: Researchers at the Paul Scherrer Institute have developed a web tool called the Carculator that can be used to compare the environmental performance of passenger cars in detail. The program determines the environmental balance of vehicles with different size classes and powertrains, and presents the results in comparative graphics. The entire life cycle of the passenger cars is taken into account, including the manufacture of the vehicles and the environmentally relevant emissions from driving.

Anyone who wants to buy a new car surely gives some thought to its environmental balance sheet. However, our gut feeling can be deceptive. The general public was recently surprised by the finding that a battery electric car is already the most environmentally friendly option in Switzerland and many other countries, even when the manufacture of the battery is figured in. This was the result of a PSI study led by environmental scientist Christian Bauer.

Now the same research group has developed a web tool that makes the data and results of their ongoing studies accessible to both end users and the research community. The program, playfully named the Carculator, can be found at the website carculator.psi.ch, and guides the interested layperson through a selection of parameters: which type of engine should be used, petrol-burning or diesel, for example, or one powered by natural gas, a fuel cell, or a battery – that is, an electric car. "Our tool offers a very wide range of engine types", explains PSI environmental scientist Romain Sacchi, who led the development of the Carculator. "In addition, it can differentiate between a large number of fuels: Besides the common ones, we have also integrated bio- and synthetic fuels of various origins, and we have considered future technologies such as CO2 capture and storage in hydrogen production."

Besides the engine type and fuel, those who use the Carculator can also enter the size category of the vehicles to be compared, from subcompact cars to vans. The user also selects the country where the vehicles are to be used – because this differentiates the electricity mix for electric cars – as well as the year, between 2000 and 2050, when the cars will be registered. For the future, the electricity mix can also be manually entered to test the effects of different scenarios.

The tool also assesses the environmental impacts of the entire life cycle of passenger cars, including the manufacture of the body and all other components, such as batteries for electric motors. 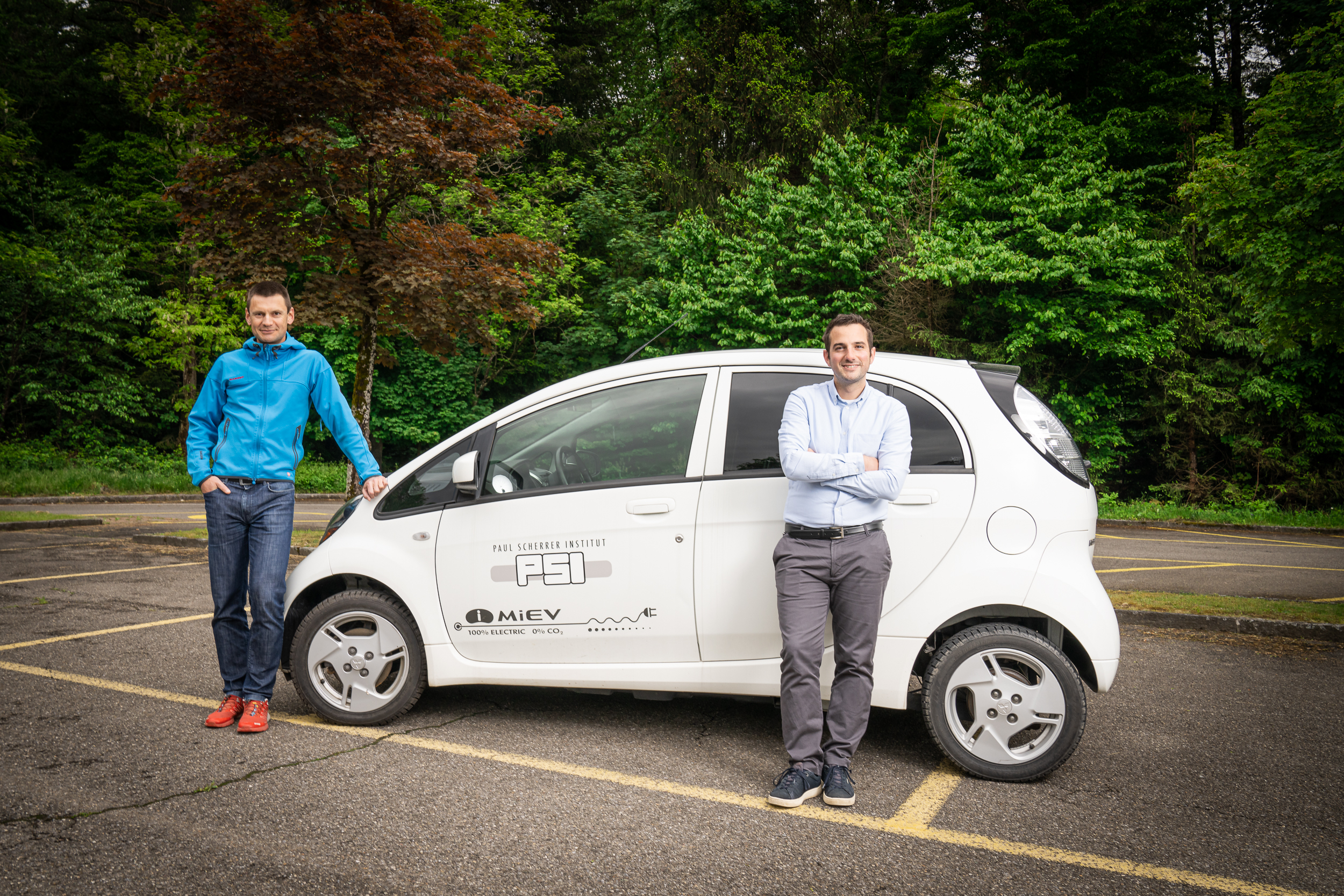 Christian Bauer (left) and Romain Sacchi are part of the PSI team that developed the Carculator – a web tool that can be used to compare the environmental impacts of different passenger cars in detail (photograph: Mahir Dzambegovic, Paul Scherrer Institute).

Several environmental indicators in the result

The results, which the Carculator delivers in the end, are both detailed and comprehensive. "Many people think first and foremost about the climate impact by greenhouse gas emissions: that is, CO2 and gases that produce a similar effect, such as methane. Yet there are further relevant environmental indicators, and these too can be investigated", Christian Bauer explains.

For this reason, the tool shows not only the calculation of all greenhouse gases – added together and expressed in CO2 equivalents – but also those for the release of particulates, harmful nitrogen oxide emissions, and all of the usual environmental assessment indicators such as pollution of water bodies.

The Carculator graphically presents these values for all selected vehicles in parallel, for ease of comparison.

The most comprehensive tool for comparison – and completely transparent

The Carculator also gives professionals a look behind the scenes: If the program is installed from the website, all the underlying calculations can be viewed, assessed, and even changed. "This is primarily intended for those in the research community who want to know how we did our work, and who might want to use our calculations for further studies of their own", Sacchi says.

This complete transparency should prove helpful in the public debate. "Up to now, when it comes to the environmental impact of different means of transportation, arguments are still too often based on ill-founded results with biased assumptions behind them", says Sacchi. "We want to put an end to this through our transparency."

With the Carculator, the PSI researchers have succeeded in providing a unique tool. "I can say in good conscience that we have created the world's best comparison tool for passenger cars to date", says Christian Bauer. "But we're not finished yet – the upcoming versions of the tool will also include trucks, planes, and public transportation."

The Carculator was developed as part of the initiative on Efficient Technologies and Systems for Mobility of the Swiss Competence Centre for Energy Research (SCCER Mobility).