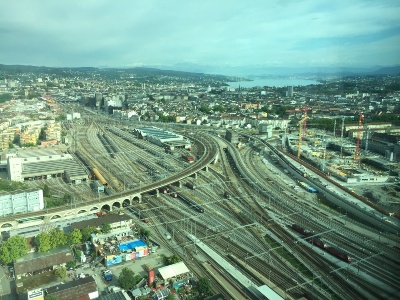 Rail transportation in Switzerland is powered almost exclusively by hydropower, so it is not only low-emission, but due to its capacity to carry large loads over long distances, it is also very efficient. Therefore, at a first glance it may appear that there is not much room for improvement concerning energy efficiency of freight trains. However, a recent study led by Dr. Valerio De Martinis shows quite the opposite.

Compared to passenger trains, freight trains have both a lower priority and are thus subject to rescheduling and more stops. In other words, timetables and travel times are adjusted to the needs of passenger trains. They also have a lower performance as they move at lower speeds and have less braking power. These factors cause the energy consumption of freight trains to be highly variable. Energy can potentially be saved by avoiding stops, thus minimizing acceleration in route, which is energy intensive. This can be done by optimizing the speed profiles of trains, meaning that the operational speed is set in a way that allows the train to arrive on time without stopping. However, this is difficult to plan, as real characteristics of freight trains (e.g. real departure, train weight, wagon composition and wagon disposition) are known only few hours before the scheduled departure.

To tackle this problem, Dr. De Martinis set out to find a way to enhance the timetable and performance of freight trains in a Swiss case study. An optimization tool was developed to minimize stops for traffic management (waiting for passenger trains to pass) and generate energy saving speed profiles specifically for a given train. The tool uses feedforward tactical optimization without feedbacks and it can be run immediately before train departure when all information about the train and unforeseen changes in the traffic flow are known. In the case study, it was applied to data from a freight train route from Basel to Domodossola via Bern. The results showed that by optimizing the speed profile, an energy savings of 12% could be realized (see figure below). The actual savings potential of particular trains is however variable as it depends not only on the train and routes, but also on geographical conditions. However, Dr. De Martinis estimates that the potential lies between 8-15% per train, which is substantial when extrapolated to the entire Swiss rail freight system. Future endeavors of the project include testing this method on further routes, upscaling the model to include multiple trains and incorporating more data. Additionally, he plans to test it on routes outside of Switzerland where there are different regulatory and environmental conditions. 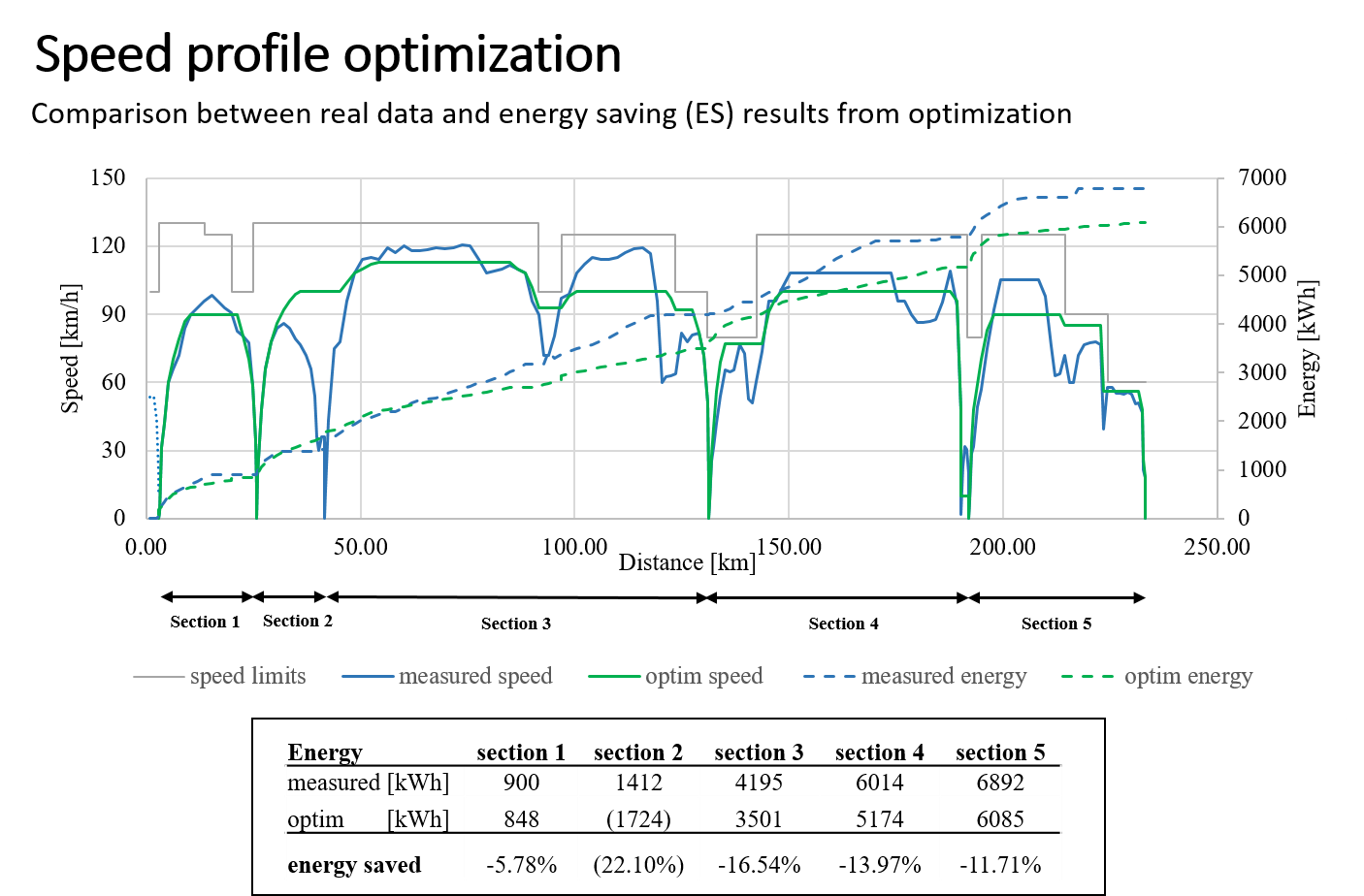 As of now, research is still is the prototype phase, but Dr. De Martinis believes that it is feasible that this tool is implemented in rail freight operation. It requires regular computing power and only takes minutes to run, so that the possibility to utilize it directly before train departure is a real option. This could also help improve rail freight competitiveness, which may become threatened by new technologies, for example, the arrival of autonomous trucks will probably make freight transport on the road even cheaper.

When asked how this work contributes to the overall energy transition, Dr. De Martinis highlights that the transition can only be reached if all parts of the energy system are improved. This includes both optimizing the use of the rail transport system and introducing new technologies. With his research, he aims to find a feasible solution for lowering the energy demand of freight rail transport without affecting the rail transport services and considering future trends and developments of the Swiss rail transport included in the SBB innovation program SmartRail 4.0. Lowering the overall demand will indeed be important as nuclear power is phased out and renewable energy production is expanded.

Dr. De Martinis presented the results of the project entitled “Feedfoward tactical optimization for energy efficient operation of freight trains: the Swiss case” recently at the 2018 annual meeting of the Transportation Research Board (TRB), one of six major divisions of the National Research Council in the US. It was also published recently in the Transportation Research Record, the journal of the TRB. 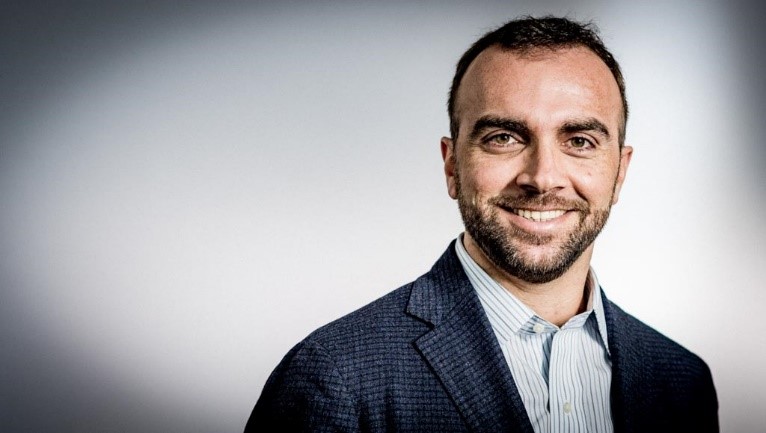 Since 2014, Dr. Valerio de Martinis is a postdoc in the Transport Systems Group at the Institute for Transport Planning Systems at ETH Zurich and has been active in Capacity Area B1 since the beginning of SCCER Mobility. He grew up in Napoli, where he also studied civil engineering with a specialization in transportation at the University of Napoli Federico II. After receiving his PhD from the same university, he worked at the Competence Center for Transportation until 2012, before completing a postdoc position in railway systems at the University of Napoli in 2014.